New LSWR Chief Engineer Dugald Drummond designed these 0-6-0 goods locomotives at the beginning of his regime. The building was put out to tender and won by Dubs & Co with delivery of the locomotives in 1897. They were very similar to a previous class built for the Caledonian Railway some years earlier. The new engines had standardised parts, such as the boiler, firebox, cylinders and motion, common with the classes M7, C8 and K10 locomotives. Initially they suffered some problems but eventually they settled down to handling the company's heaviest goods trains, taking over duties from the Adams '395' and 'Jubilee' classes. Frequently they appeared on secondary passenger trains as well. They were allocated to most of the major sheds of the system, from Nine Elms through to Exmouth Junction. In 1919, Urie decided to apply superheating to no. 316 (ex-459, ex-716), which required extended smokebox, extensions to the frames and raising the boiler pitch by 9 inches. The raising of the boiler meant that the cab design and shape required changes, making it seem taller, which was emphasised by the substitution of a stovepipe chimney. In due course superheating was applied to the remainder of the class by Maunsell after the grouping.  The arrival of more modern designs in the 1930s meant that some of the usual duties of the 700s were lost but there continued to be very useful goods work for them until almost the end of steam. Except for no 30688, an accident casualty in 1957, they all survived until the rapid decline in goods traffic and local branch and secondary lines in the early 1960s. Wholesale official withdrawal of the class took place in 1961 and 1962. 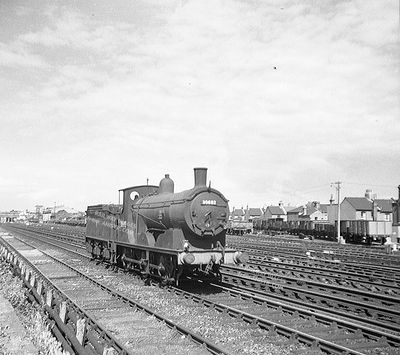 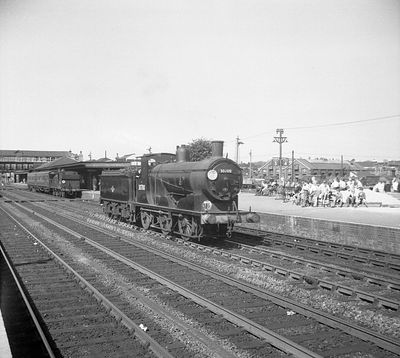