July 9th 1967 was a very special day for every Southern Steam enthusiast. It was hot summer Sunday when the last steam trains operated on the Southern Region of British Railways. The locomotives in action on that last day included Merchant Navy Class Bulleid 4-6-2 pacific No 35030 ELDER DEMPSTER LINES which hauled the 14.07 passenger train from Weymouth to London Waterloo and then retired 'light engine' to Nine Elms mpd (engine shed) in London, located at what is now the Covent Garden produce market. There it rested 'dead' for many weeks before being hauled to South Wales to be scrapped in the open air yard of J. Buttigieg, being the penultimate loco to be dealt with there the following year. 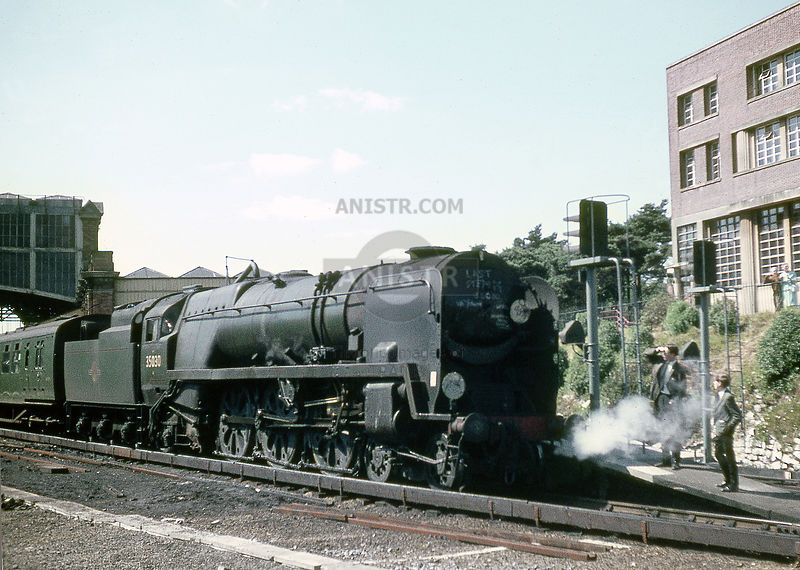 SOUTHERN SUNSET 67 by John H Bird is the ultimate tribute to the last steam locomotives in Southern England. As we mark the 51st anniversary of the last days of steam between London and Hampshire, Dorset and Wiltshire, we are pleased to offer the second edition of this much acclaimed book at a very special price of £9.99 (plus postage) for one month only. (Normal price £16.99) Comprising 144 large glossy pages and over 300 original photographs, SS67 is a fabulous record of every steam locomotive that operated on the Southern region in 1967.