Seventy nine E1 Class 0-6-0Ts were built by the London Brighton and South Coast Railway between 1874 and 1891. They were goods engines designed by Stroudley, the last six being modified versions by Billinton. Although withdrawals began as far back as 1908, twenty survived into the 1950s. Four of these were based on the Isle of Wight, having been sent there by the Southern Railway in 1932-3. They were given the number range W1-W4 and Isle of Wight names. Their appearance was modified for service on the Island with the fitting of Westinghouse air pumps and also Drummond type chimneys. No W4 WROXALL was the last survivor, withdrawn at the end of 1960. 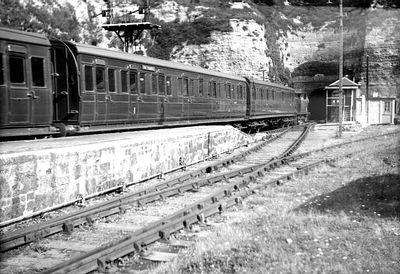 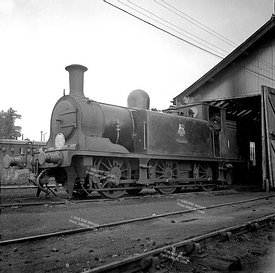 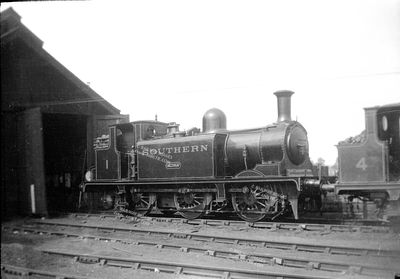 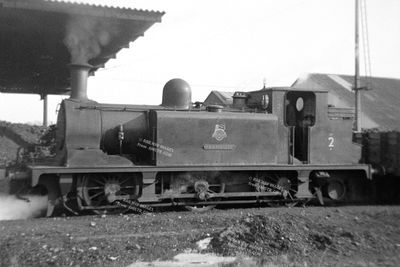 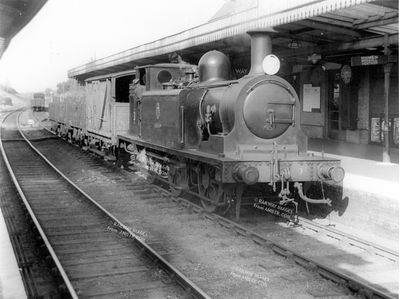 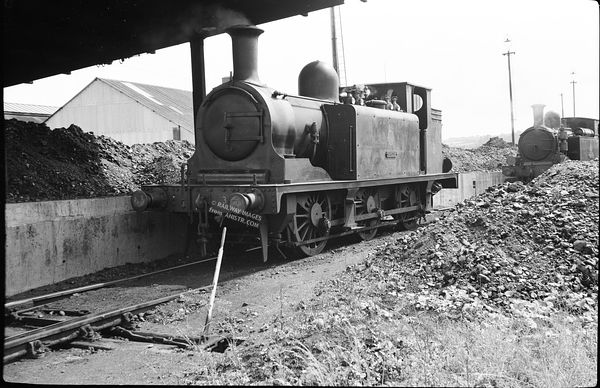 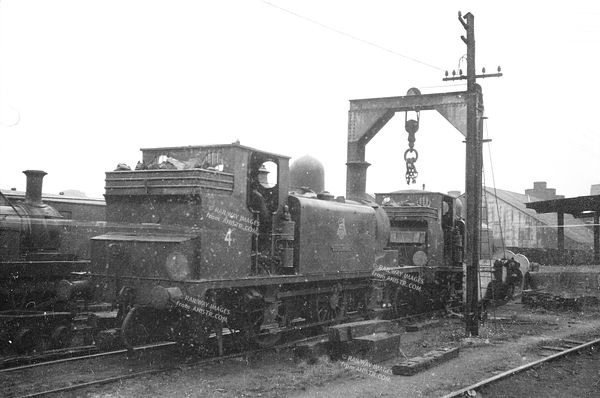 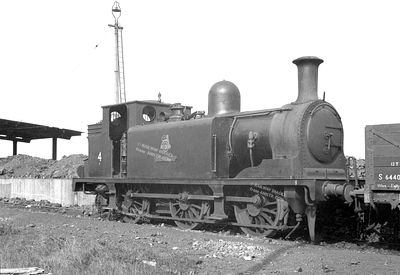 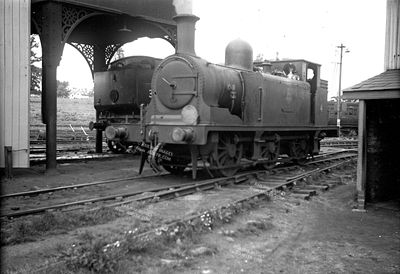 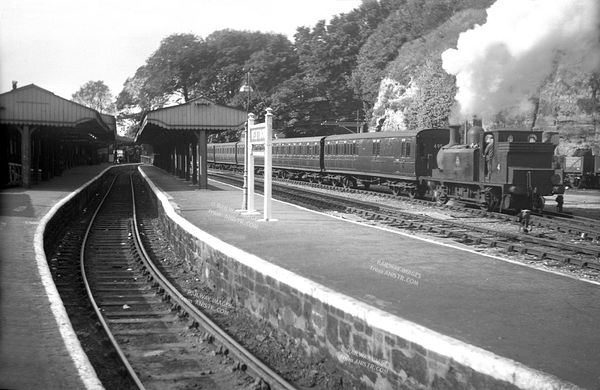